Discover underground secrets of Belgrade. Meet the heritage left from thousands of years ago. From numerous underground tunnels, hundreds of unusual paths, secret passages, bunkers, lagoons – we choose the most interesting secret keepers for you to explore.

Underground Belgrade is a new dimension of Belgrade.

Don’t deprive yourself of incredible sites and historical facts of Belgrade Underground. On this tour you will hear the legend from the Roman,  Austrian, Turkish and later periods of Belgrade. Each of these periods brings some of its authentic charm.

Our White city is full of secrets. One of them is Roman well on “Kalemegdan” Fortress. Even Hitchcock said in 1964. a year after visiting the Roman well, that “such places are perfect for his inspiration “. The place is full of  positive and negative energy, and both energies are bound incredibly by many legends and lectures.

Above the confluence of the Sava and Danube a fortress is marking the place where most of the armies and warriors were confronting in the history of Europe. The Old Continent does not remember that this amount of conflict marked the history of any other metropolis. The Belgrade Fortress therefore preserves the features of the Romans and their Singidunum, nicknamed on Celtic scaffolds. The first Christians who laid down faith lives were recorded here at the beginning of the fourth century. 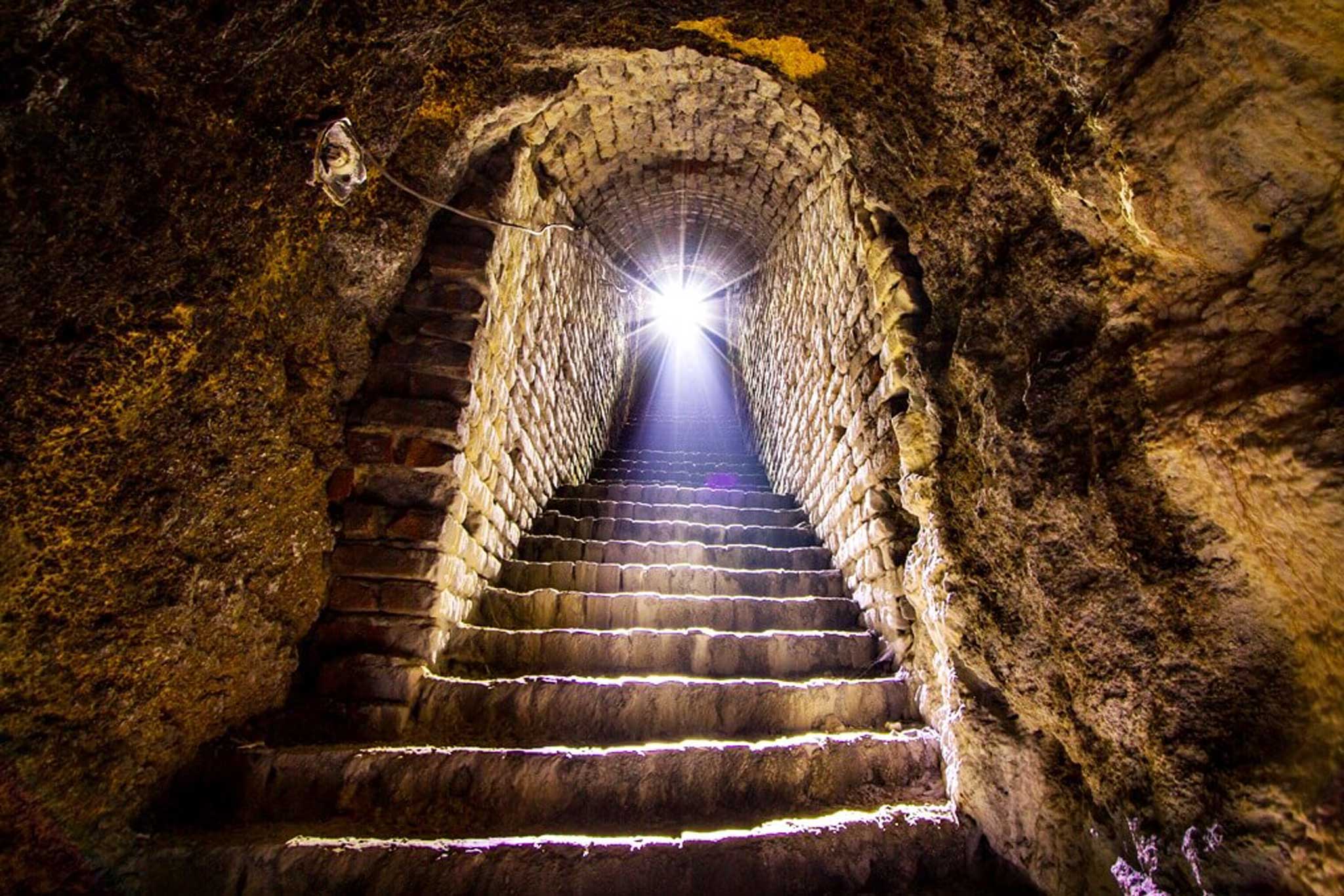 The "Roman Well" is built sometime in 1720s, so it is not quite Roman. The well is 60 meters deep and 3.5 meters wide, while around walls there are two spiral staircases, which have more than 220 steps. It is believed that the well was built for the people to have their own water supply system, since Belgrade was often targeted by the enemies. The pattern was a well in Italy. However, since they did not encounter water during the dig, the project was suspended.

Famous film director Alfred Hitchcock in 1964 during a visit to Belgrade asked people to show him the most terrible place and was impressed when he visited the "Roman Well".

It is believed that Josip Broz Tito ordered a secret construction in the period from 1948 to 1953. The point was to equip a secret rocket system that would defend Yugoslavia in the event of an attack. It is a fascinating fact that during these five years, 28 soldiers stayed in secret space, without contact with the outside world. There they slept in cramped rooms, they had small wells and narrow rooms where they were staying without daylight. Some of them were on either side of the well, and others on the other side, but they did not know each other. This strictly guarded military secret until 2008. was unknown to the public.

In the big barrel warehouse you will have the opportunity to touch the walls of the complexes that standed as the last defence from the Turks, built by the Austrians for the preservation of the most important goods - gunpowder in particularly dry conditions, and near the river.

The final point of the tour is a wine lagoon that flaunts with the time of the liberation of Serbia from the Turkish authorities. The ideal way to finish the tour is to enjoy wine tasting. The visit to this site depicts the unusual exploration of Belgrade, various human destinies and legends, as well as the enigma that for centuries stimulates the curiosity of connoisseurs of history and culture