Herceg Novi is a beautiful old town at the foothill of Orjen mountain. It stands between the mimosas, oleanders, magnolias, eucalyptuses… This is the town of eternal greenery, sun and thousand stairs. The history left behind many fortresses, towers, monasteries, churches that witnessed six centuries of different cultural influences. The walking tour will introduce you to the spirit of this Mediterranean town. Find out what to see, where to dine, what to try and what to avoid. 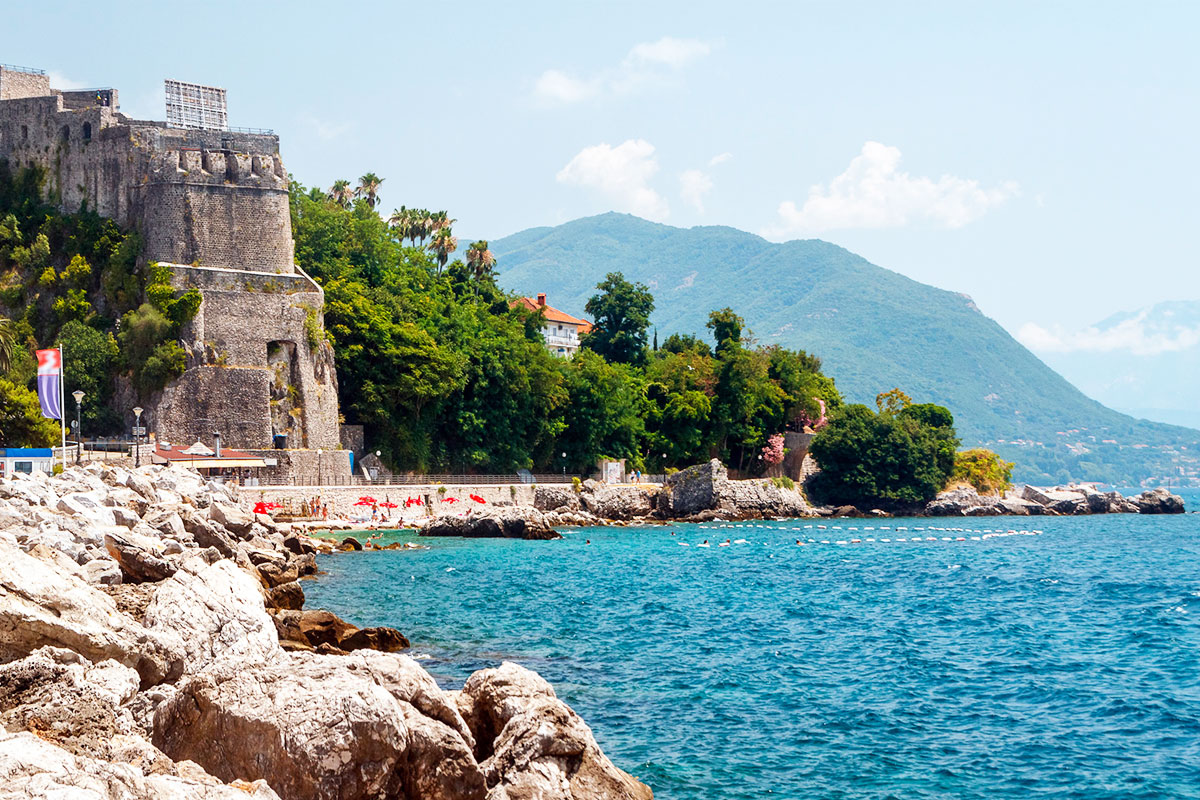 For centuries the city perceived in its full size and beauty – by the sea. Seamen were bringing the seeds of unusual plants, exotic trees and fruits, and over time, Herceg Novi became a true botanical garden. Furthermore, the City nestled as an amphitheater, with a privileged view of the open sea. And even two opposite peninsulas – Luštica and Prevlaka. Between these peninsulas,  sailors sail to compete in sailing, fishermen to offer catch on the market next morning, tourist boats cruise to the most famous excursions..

In summer it’s very active in the aquatorium. Yachts and large cruise ships draw attention to those who have sought peace in a coastal restaurant garden. The city port is “Škver“, which means the square, because it used to be there. In addition to the city port, there is a promenade, from Igalo to Meljin (5 km). Finally, along the longest coastal promenade, there is the largest exhibition of exotic plants in the open! Rare plants from all continents, palms, cacti, bananas, magnolia, bushy ornaments, mimosa, wild oranges, camellias, as well as oleander, eucalyptus.

Feel the pulse of this peaceful town and relax like a real local.

You will see Igalo, promenade ˝Pet Danica", city port Škver, Old town Herceg Novi, fortresses Kanli Kula and Forte Mare
On this tour, you will hear interesting history facts and many useful information about the town.

The "Pet Danica" promenade, six kilometers long, connects Igalo and Meljine. It lured the caterers to open restaurants, hotels, clubs, cafes along it ... While on the other side of this promenade there is a larger number of 70 beaches how many there are in Herceg Novom.Of course, and summer love with the scent of the sea and the noise of the waves, they remain in the footsteps of the sidewalk, which, in the crack of the season, is pounding from the heat of people and sounds of various musical genres.

The Old town of Herceg Novi is different from most other old towns of Montenegro, such as Kotor, Budva, Bar, surrounded by walls and full of shops, cafes, restaurants and souvenir shops. The city does not represent the protected city walls, and it consists of a large number of architectural buildings and houses, built in different times, but united on the same site in the central part of the city. Stari Grad Herceg Novi can be called more real and live - here, normal, measured urban life has remained, and in small comfortable courtyards still live ordinary citizens.