Explore the hidden stories and the beauty of Serbian Monasteries

For many centuries, Serbian monasteries stands tall as the guardians of the tradition and past. Manasija monastery is one of the most significant monuments of Serbian medieval culture. It belongs to the so-called  “Moravian school”. which Stefan Lazarevic built it in 15 century. Immediately after its foundation, Manasija became a cultural center of the state. Today many tourists visit the monastery, enjoying it’s high walls and unspoiled nature

Monastery Ravanica is a Serbian Orthodox monastery in Central Serbia. II was an endowment of prince Lazar of Serbia, who is buried there. Republic of Serbia declared Ravanica as Monument of Culture of Exceptional Importance in 1979.

Equally important, Lazarica church, named after its founder, Prince Lazar. It is located within confines of the Kruševac citadel. This church became an example for other churches in “Morava school” of architecture. We will also visit the National Museum and monument dedicated to heroes of Kosovo battle against Turks.

The Art of Religion

A monastery is laying on a grassy clearing on the left bank of the Ljubostinja river. It was the foundation of Princess Milica, the wife of Prince Lazar. Ljubostinja monastery marks the highest peak of Serbian artistic development in the period, immediately preceding the collapse of Serbia as an independent state.

The monastery complex comprises numerous buildings and encircled by a high defensive wall. The artistic treasure of Studenica is a priceless cultural and aesthetic heritage. Owing to its importance in 1986 UNESCO registrated Studenica in the world cultural heritage. 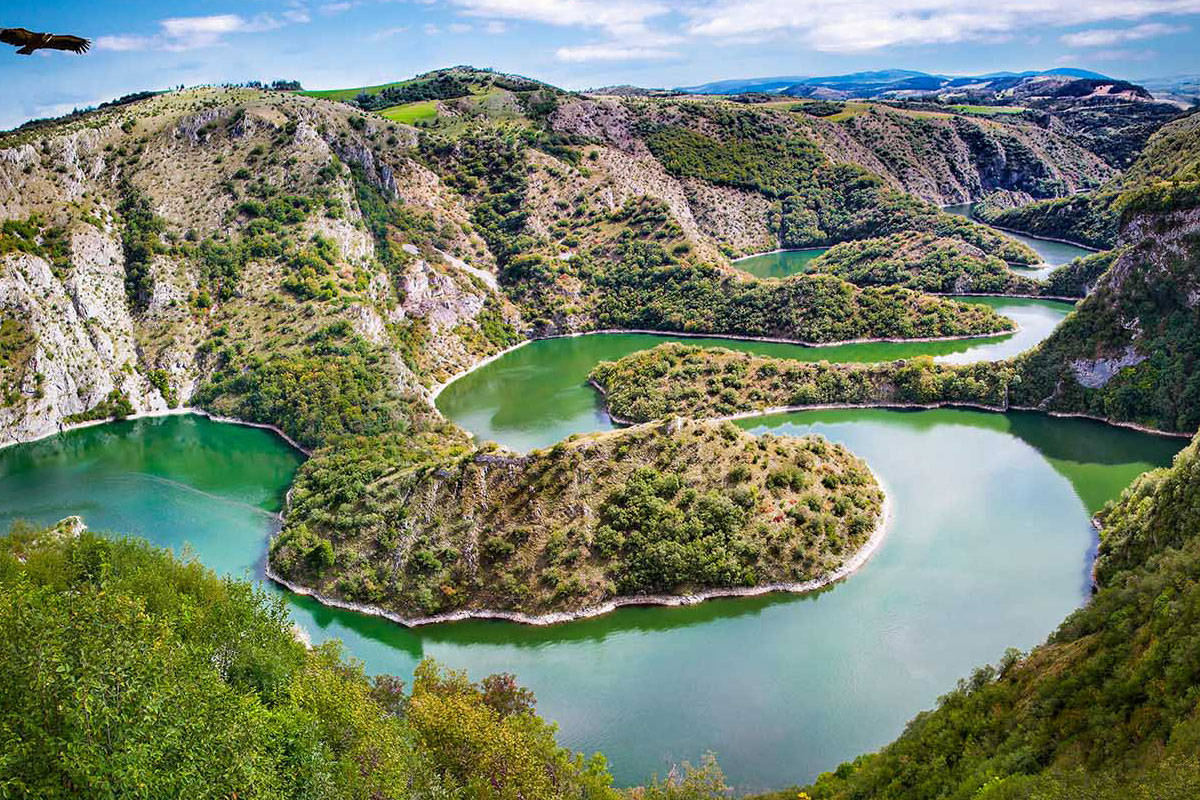 Topola is a town in the very heart of Sumadija, in the vineyards area, known for the world famous wine production. This town was the center of many historical events during the 18th, 19th and 20th century.  There is a complex comprising of the St. George Church, the Karadjordjevic Dynasty Mausoleum and the house of the royal family Karadjordjevic. Famous mosaics in the Church and in the crypt are the best achievements of fresco painting in Serbia. In the crypt there are the relics of the Karadjordjevic dynasty. The white marble from Carara in Italy is covering the Mausoleum.

Arrival in Belgrade, transfer to the hotel. Free time, dinner in Skadarlija. Overnight in hotel.

After breakfast, this tour will take us beyond the pastures horizons of mountains fragrant grasses and deep forest which makes the golden landscape of Serbia. Hidden amond the hills and plum-tree groves, medieval monasteries, as guardians of time, will appear one by one on our way. We will start in Monastery Manasija. After that continue to the waterfall "Big Buk", which is over 20 meters high, and is one of the highest waterfalls in Serbia. The abundance of water in spring makes it a beautiful scenery to enjoy in. It is protected as the natural monument. Lunch in ethno-restaurant. Continue drive further to Monastery Ravanica. Drive to Kruševac. Overnight in the hotel.

After breakfast at the hotel, we will go for a drive to Lazarica church, and Ljubostinja monastery. Then we will continue to Vrnjačka spa for lunch and free time. Continue drive to Mountain Zlatibor. Check in the hotel for dinner and overnight.

Breakfast at the hotel. At 9AM a drive to the Monastery Studenica, and Sopocani near the city Novi Pazar. Lunch in a traditional restaurant. After that we will visit the natural reserve "Uvac", and go for a boat drive on one of the three lakes. Visit to the oldest village in Serbia called Stitkovac. Continue drive to Mountain Zlatibor. Check in a hotel where we will have dinner. Overnight.

After breakfast, departure to Old Village and Sirogojno (24 km from Zlatibor). Old Village is an open air museum, on nearly 15 hectares consisting of wooden houses originally constructed. They are known as "Zlatibor's log cabins". This is type of the house with authentic elements of ordinary life collected from all over the region as of 19th century. Continue drive to village Zlakusa and visit "Potpecka" cave. There we will have traditional serbian lunch Continue drive to city of Topola for visit the mausoleum of Royal family of Karadjordjevic. Overnight.

The Monasteries of Serbia Tour