Exit festival, which is considered one of the most popular music festivals in the world, was created as a youth movement for democracy in Serbia 19 years ago. The development path of Exit was from one street performance to the best festival in the world.

The creator of the festival, Dusan Kovacevic, was one of the leaders of the youth resistance in the 90s. He was against the Milosevic regime. The Exit story begins with famous student protests. That energy, which was extremely creative and ruled the whole country, produced a performance on the famous Kolarac Street in Belgrade. There was even an altercation with the police on that occasion. All that was happening was one germ that would later emerge into flower and all that Exit is in some way today.

Nishville has become the most prestigious jazz festival in Southeast Europe thanks to its unique blend of Balkan music and all kinds of jazz.  The Niš Jazz Festival has a tradition which is three decades long and has been held for 18 years under this name. It lasts for four days, during which about 50 bands with about 500 artistis perform, and every summer it is visited by 100,000 people who want to enjoy. In addition to “more traditional” forms of jazz, there is a mix of this music with ethno traditions of different parts of the world, especially the Balkans. 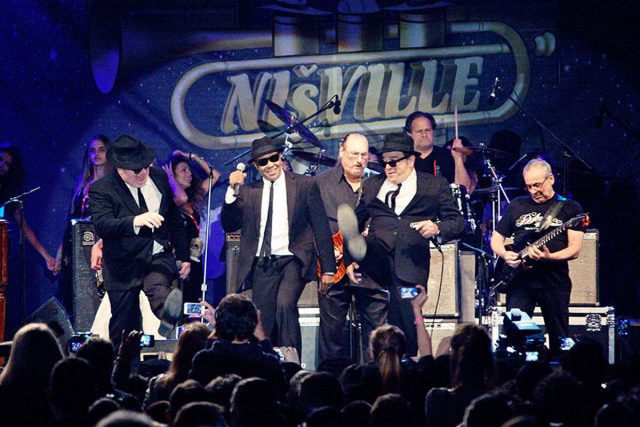 The INmusic Festival is the largest open air festival in Croatia and is held annually on the Jarun Island in Zagreb. In the fourteen years of its existence, the INmusic Festival has grown into a top-notch music event and is on the map of Europe’s best outdoor music festivals. It is also becoming an internationally recognized festival – the British daily “The Times” places it on the list of the top 20 European summer festivals in 2008 and 2009, when it is nominated for “The European Festival Awards” in competition with the most important European festivals. 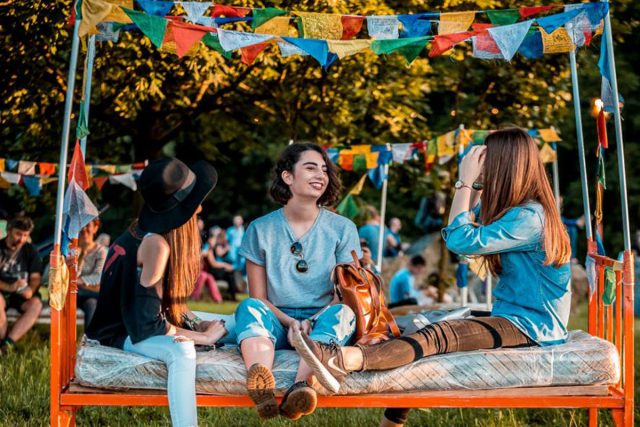 Since then, the INmusic Festival has received major accolades, such as that of National Geographic “Traveler” who ranked INmusic among 3 world festivals to visit, or the US “Huffington Post” which ranked it among 10 world festivals to visit, as have travel portals such as GlobalGrasshopper and TravelFreaka. In recent years, CNN has also done so, ranking INmusic for two years in a row among the 50 best festivals in the world, and the British BBC, which has published an excellent review of the INmusic festival.

Nearly one million visitors from Serbia and abroad come to the town of Guča each August. Thanks to the festival, this small town has become known worldwide as the venue for the largest trumpet music festival around the globe. But, there are other traditional values, such as the traditional songs, dance and costumes of the Western Serbia regions. Ever since Prince Milos Obrenovic formed the first military trumpet orchestra in 1831, the trumpet became domesticated and became a part of their culture and tradition. 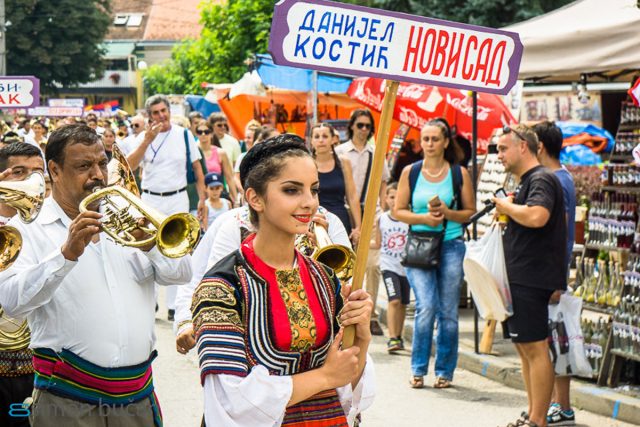 The sound of the trumpet in this part of Serbia traditionally accompanies every major event. From the celebration of births, baptisms, weddings, family gatherings. For decades, orchestras from all over Serbia have come to the festival, and Guča has embraced the best instrumentalists and orchestras. Competition soon became very professional, where quality was always recognized, acquired and awarded..

Germany has Oktoberfest, and Serbia has Belgrade Beer Fest – one of the largest beer festivals in Southeastern Europe that the British “Independent” has included in the list of 20 must-see events. Belgrade Beer Fest was founded in 2003 and so far, over 4.5 million people have enjoyed free performances by more than 450 bands and performers, and tasting over 90 beer brands. During the five festival days, about 500,000 people visit the festival each year, which has already received numerous awards and is constantly growing. 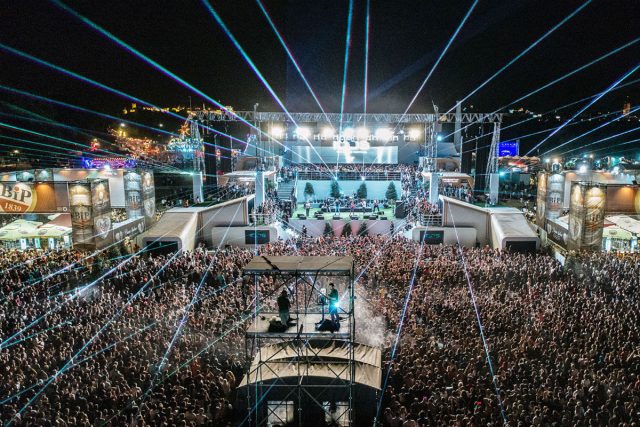 The festival takes place in August and has a unique concept: entry and all concerts are free of charge, and visitors can buy and enjoy beer from many brands from Serbia and the world. Belgrade Tourism Organization and all catering and accommodation facilities are ready to welcome all guests who will be staying in the capital because of the festival. We are sure that the citizens of Belgrade, as every year so far, will show that they are excellent hosts, eager to socialize and interact with the environment.

The Sea Dance Festival, the winner of the 2014 Best Medium Sized European Festival, brings together fans from over 50 countries from around the world, as well as an impressive line up that makes up more than 100 of the world’s most popular music stars. For the past five years, hits of megastars such as The Prodigy, Jamiroquai, Underworld, Rudimental, Róisín Murphy, Skrillex, Hurts, Lost Frequencies, John Newman, Sean Paul, Fatboy Slim, and the biggest regional musical names in Budva have echoed along the Adriatic coast. attracted close to 300,000 good sound lovers from all meridians.

Numerous media outlets, including CNN, the New York Times, Guardian, Conde Nast, Metro, Daily Mirror, Daily Express, and others, recommend Sea Dance as one of the world’s finest seaside festivals, and advise its multi-million-dollar audience to have a summer festival they spend their vacation in Montenegro, establishing Budva and the Montenegrin coast as an exclusive and modern tourist destination.

The Split Film Festival has a programmatic focus on new, creative, experimental, radical and subversive achievements in the fields of film, video and new media. It shows all types, genders, and genres, and pays attention to works that deviate from the ruling canons of film and video production, be it traditional film technology or the latest electronic image technology. The competition program is divided into two parts: feature film and short film. The accompanying program presents Internet projects, interactive installations, performances, special programs and retrospectives of local and foreign authors. 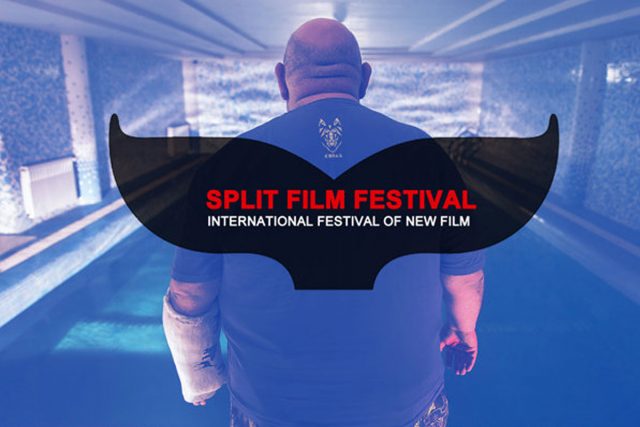 The first FEST, subtitled “A Brave New World,” opened on January 9, 1971, in the House of Unions, screening Robert Altman’s “Mash.” Conceived as an annual cross-section of the best films of the season, Belgrade’s FEST International Film Festival has grown into one of the most important film festivals and has become one of the major events in Belgrade’s cultural life. 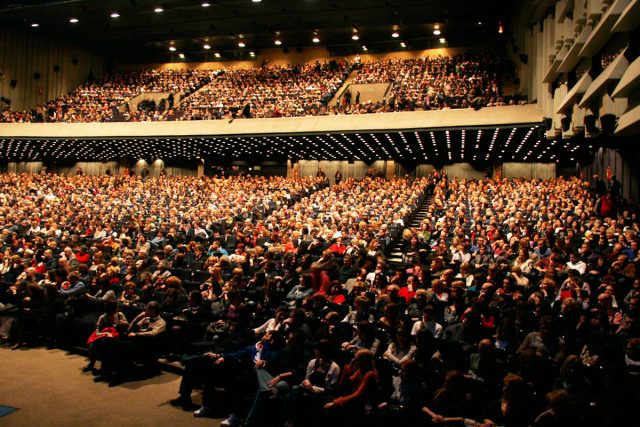 The importance of FEST is also reflected in the fact that the Belgrade audience – with films by some of today’s greatest directors such as Teo Angelopoulos, Bob Rafelson, Volker Schlendorf, David Kronenberg, Ken Russell, Wim Wenders, Kishlowski, Herzog … had an opportunity to meet for the first time at FEST.

Since its inception, FEST has always had major and several supporting programs, often exceeding by its quality the name “supporting”. Also accompanying were numerous publications, exhibitions, symposia held during the festival. So far – FEST has had about four million viewers and nearly 4,000 significant world films – which have had a Yugoslav / Serbian and often regional premiere. Although the first FEST was held more than 40 years ago, this year it continues its great cultural and educational mission with the same energy, expanding film horizons to all film lovers.

2015, FEST became a real competition festival with four competitive selections: Main Competition Program – International Selection, Serbian Film Program – National Selection, Borders Program – Subversive and Controversial Films and Films from the Region competing for the Nebojsa Djukelic Award. Another novelty is the introduction of the Belgrade Winner Award for Outstanding Contribution to Film Art, as well as the Belgrade Winner Award for his past work.

Towards the end of the four-year siege of Sarajevo, with the desire to help rebuild civil society and thus maintain the cosmopolitan spirit of the City, in 1995, the Coast Art Center launched the Sarajevo Film Festival. 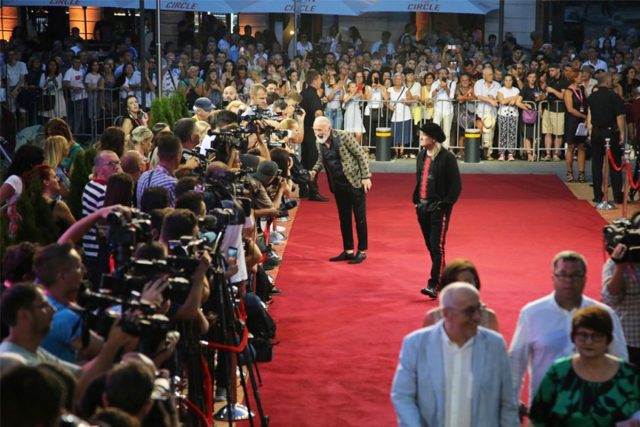 The Sarajevo Film Festival serves as a common platform for the film business of the entire region, setting high standards in festival organization, film promotion and presentation in Southeast Europe.