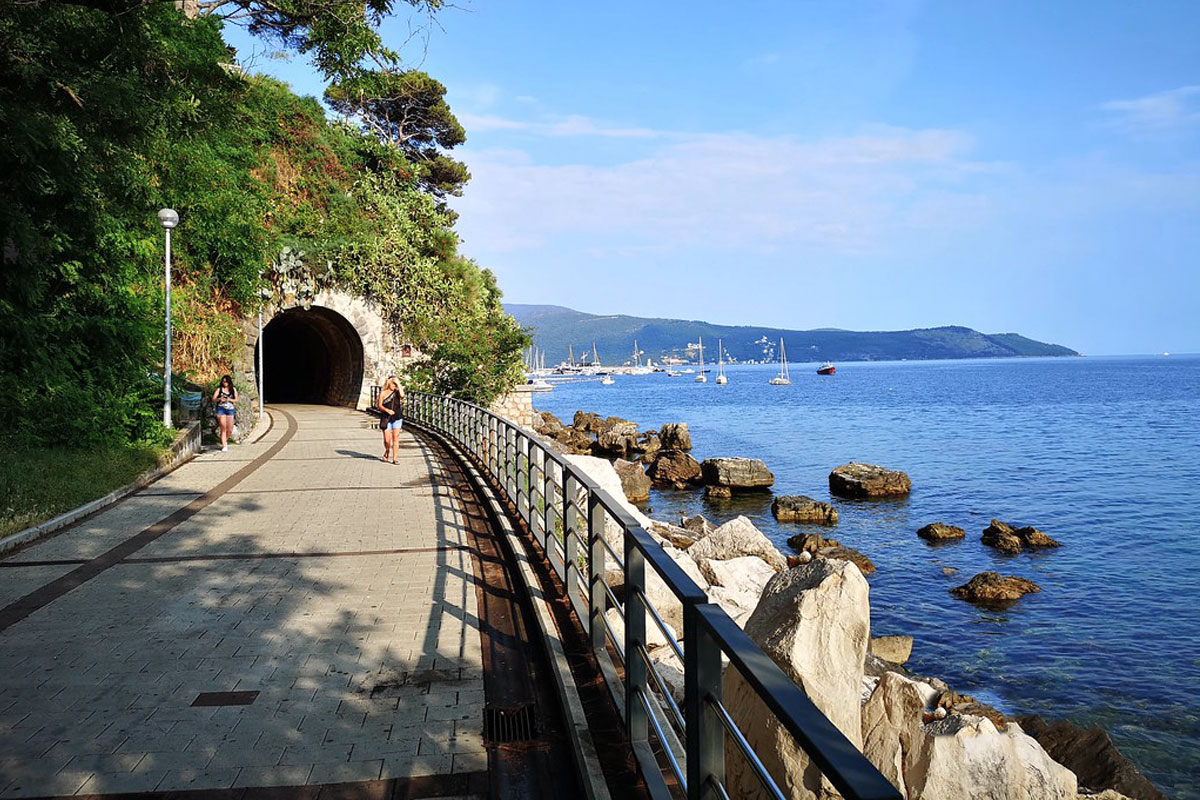 The first time that the name of Herceg Novi appeared in history was during 14th century. At that time, the mighty King built the fortress St.Stephen, and for it’s location he chose the bay on Adriatic Sea. It surely was the most beautiful place on the coast. After his death, this area developed into a modern (but traditional) city.

During it’s long history, this unique town belonged to many countries, such as Turkey, France, Austria and even Russia. All these countries made their influence on the culture and development of the city. That is why Herceg Novi has so many different styles and spirits. It is bearing the marks of all these cultures. Additionally, every one of it’s rulers wanted to protect the city, so they were so persistent in building citadels and fortresses all around the bay.

So, it is no wonder that Herceg Novi is also called “The Fortress Town”. And has a great tourist attraction today.

In the Old part of the town, there are many attractions, monuments and cultural heritage. Some of these deserve great attention. For example, one of the most important symbols of the city is “The Clock Tower”. In the time of Turks, this Tower was the main gate of the city. The decoration on the tower is made by clocks, so the citizens could know the time for muslim prayers. Inside the Tower, there is a beautiful artwork of the famous artist from Sarajevo. The name of the piece is “Black Madonna”.

Equally important are two more towers in the city – “West Tower” and “The Tower of St. Jeronimo”.

At the entrance to Old Town, there are coffee shops, restaurants and stores, so this really is the right place to catch a break. You can also enjoy on the square, where you can meet the fountain from 19th century.

previous
The Ways of the Roman Emperors
View on Instagram