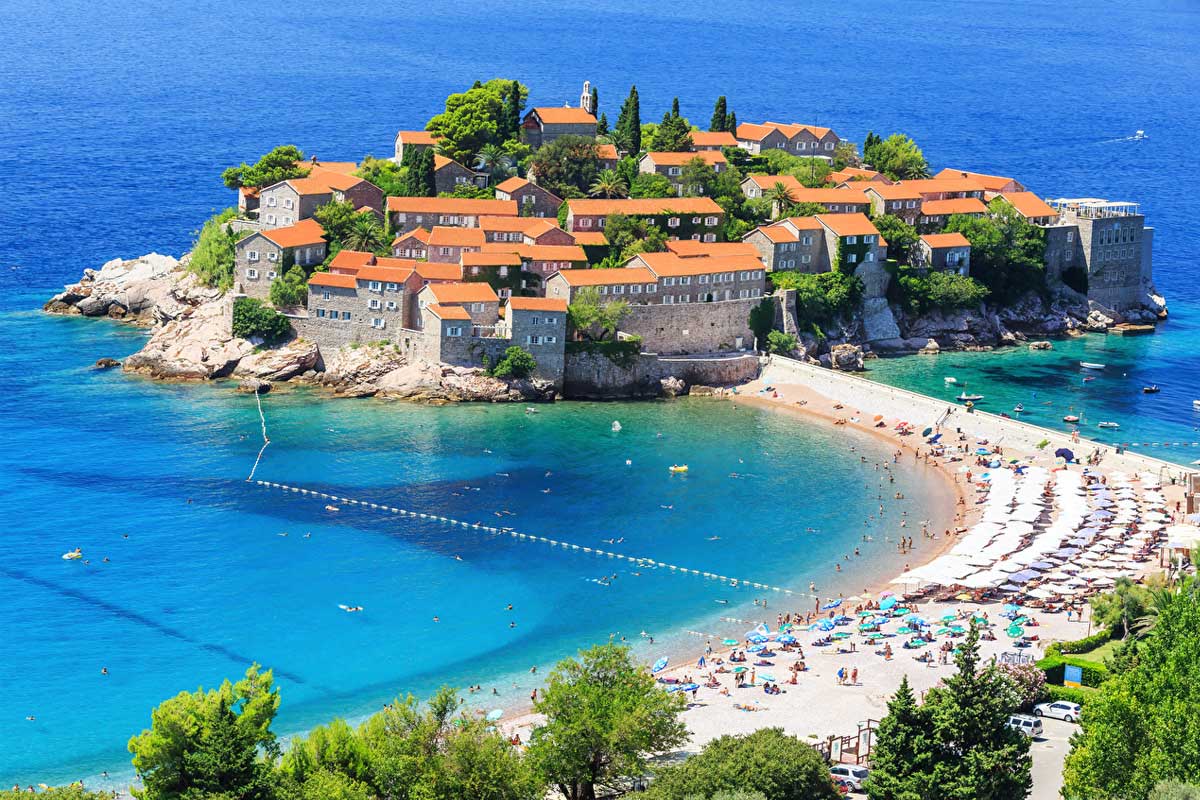 The legend says Budva is founded by Cadmus, the son of the Phoenician king Agenor, who was forced to leave his throne in search of a sister in Europe, who was kidnapped by Zeus. He travelled a lot and conquered the surroundings of ancient Budva. But, trying to occupy Greece, Cadmus was defeated and converted to a serpent with Harmony’s wife. After a while, the Greeks colonized Budva and the city became the main trading port. But in the 2nd century B.C. the city became part of the Roman Empire. About 1500 years ago, the Slavs and Avars started moving here.

Beaches in Budva attract hundreds of thousands of tourists every year with their beauty, space and associated infrastructure.

The main attraction of Budva is the Old Town. Inside the walls of the fortress you will be surprised – you will find a medieval city in its original form – with narrow streets, squares and stone stairs leading to elegant houses with small windows and roofs with a red tile. During a walk along the narrow streets you really have something to see. First you need to visit a small bazaar, located in a small courtyard, next to the building of the Archaeological Museum. Be sure to enter there. This place can be interesting to fans of unusual gifts, antiques, and certainly unbelievable for residents of large cities to explore on small shelves of antique items in the walls of the fortress. But be careful, because on every bazaar, in addition to the real masterpiece, it can be forged work.

Budva is an ideal place for active holiday lovers.The city can offer you: tennis courts, gym, paragliding, hiking, water sports, jet ski, yachts. And for nightlife lovers, there is a large number of outdoor discos on the promenade, which runs until 1AM and clubs, where you can spend the next morning.